The many layers of Latvian man

I’ve done it. I’ve finally achieved what I thought was impossible. I’ve found a diamond in the rough, a prince among men, a real boy in a land of Pinocchios. I have found, wait for it… A Good Latvian Man. It’s only taken two years, 8 months and 31 days. Not that anyone’s counting. 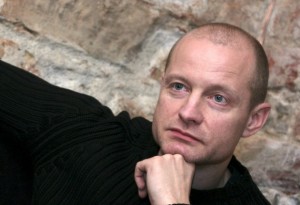 I’ve given Latvian men a bit of a hard time in the past (troll talk) so I hope that this post redresses the balance a little.

Thursday afternoon started off much like any other. I strolled to my afternoon lesson, smiled my way past the ‘Grunty the Guard’, and walked into my student’s office (amazingly he’s not called Janis). I then made myself comfortable while he bustled about making me black tea with milk and sugar. It’s taken a lot of training for us to get to this point, believe me.

As he brought over my brew, he asked me how the Human Library had gone. We had a chat about it, and then, because he had been nice enough to ask, I felt obliged to return the favour and find out what he’d got up to over the weekend. It turned out that he’d had the weekend to himself as his wife and kid had gone away (yes, he’s taken), so he’d decided to treat himself to a bit of ‘me time’.

Unbidden images of him in day-old underpants flicking crumbs from his torso, surrounded by empty beer cans and pizza boxes, flitted through my mind.

UnJanis: I sued a pair of jeans.

Me: What?? (Sometimes my professional politeness goes out the window when I’m stumped)

Cue manic hand gestures from him and furrowed brows from me.

Me: Oh, you sewed a pair of jeans.

God, this was going to be even duller than the usual ‘Tales from a Latvian Forest’ I have to endure.

Me: So there was a hole in your jeans and you sewed it?

UnJanis: (Giving me the pitying look I reserve for students who are beyond all hope) No, no. I made a pair of jeans. From scratch.

He explained it again, as if I was a slightly slow two-year-old. He had made a pair of jeans from scratch. It had taken him roughly sixteen hours. He’d had some denim just lying around. He owned a sewing machine. Yes, he’d put in buttons and pockets. He even showed me a couple of pictures – unfortunately thumbing past the semi-nude, work-in-progress shots. They looked good. They looked like real jeans you’d buy in a shop. And he’d made them. All by himself.

As someone who owns a sewing kit that has never actually seen the light of day, I found this truly amazing. I have a cardigan with a little hole in it that I’m planning on taking to a ‘lady who fixes clothes’ to have repaired. I’ve been planning this for around three months now. I’ve also considered using staples or blu-tack to hold it together – anything to avoid taking out my horribly judgmental sewing kit. (Assuming I can find it of course.)

So to say that I was impressed by this Latvian man is an understatement. I was blown away. Finally, here was a Latvian man who was layery not lairy; domesticated not intoxicated; style-conscious not sty-dweller.

And he’d been right in front of me all this time. OK, so this one is taken but it gives me hope that there might be others out there like him. But if not, at least I now know where to take my cardigan. I can’t wait for our next lesson.

55 Responses to The many layers of Latvian man