What do you think of Latvians?

Having been told ‘Go home…snobby immigrant’ by a less than enamoured reader, I’ve decided to curl up into a foetal ball (with wine), and take a break from sharing my views on Latvia and Latvians.

Instead, I thought that I’d see what other people think of them. A quick search on Google brought up a variety of discussion forums on travelling to Riga/Latvia and, I have to say, the results were pretty depressing. Of course, most thought that Riga was beautiful with stunning architecture and plenty to see and do. A few said that the surrounding beaches and countryside were worth a trip and that people were friendlier in the smaller towns and cities. But on the whole, opinions on Riga and Latvian people were overwhelmingly negative. Here’s a brief summary – over-priced bars and nightclubs, scams, beatings, ignorant and unfriendly locals (both to foreigners and each other), ‘don’t go there’, gold-digging girls, xenophobic people, ‘there are probably undiscovered tribes in the Amazon who have developed better manners and personalities than the Latvians’… Quite frankly, having gone through a few of these forums, it’s a miracle that any tourists come here at all.

However, deciding that people mainly only post on these forums when they’ve had a bad experience, I kept searching and found the results of a focus group conducted with expats living in Latvia. This was a little better but most felt that even after several years living here, they still didn’t totally understand the people or the culture, as Latvians are very introverted and unwilling to open up to foreigners. They believed that Latvians are possibly interested in other countries and cultures but would prefer to go and read a book about them or do an internet search, rather than actually ask somebody from that country.

At this stage, I was just about ready to climb into my bottle of wine, but one last-ditch attempt to find something positive resulted in this little gem:

In a vox pop conducted by Baltic Film and Media School students in a busy shopping mall in Tallinn, Estonia, the interviewer asks shoppers ‘What do you think about Latvians?’ The answers, from both locals and foreigners, are truly eye-opening. A few didn’t know anything about Latvians – no surprises there. One Estonian girl was vaguely aware that Latvia was the country below hers geographically – high-five to the Estonian education system. One thought that Latvians were friendlier than Estonians, and another that Latvians were really friendly and sociable.

But the part that made me sit up and take notice was that Lithuanians seem to think that all Latvians are ‘horse-heads’. I’m not quite sure what that means though. One theory is that it’s because of the shape of Latvia on a map. I prefer to think that maybe Lithuanians are jealous of the Latvians’ nice manes of hair… 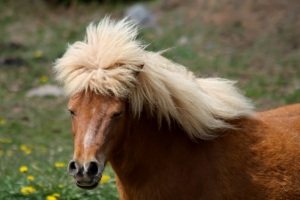 The even more startling discovery was that Estonians think that all Latvians have 6 toes and sit around eating ice-cream all day. Do they mean 6 toes on each foot or 6 toes in total? A quick search on this one revealed that it comes from Latvian people’s wish to be special and different from everyone else.

Of course, I could easily confirm or deny the 6-toe thing but like I said, I’m keeping schtum. I’m just a snobby immigrant.

Adjusting to life in Germany, after living in Latvia for four years. Should be easy, right?
View all posts by BerLinda →
This entry was posted in Humor, Humour, Latvian people and tagged 6-toes, discussion forums, Estonia, expat, Google searches, horse-head, ice-cream, Immigrants, Latvian people, Lithuania, Opinion on Latvia and Latvians, Riga, Tourists in Latvia, Travel in Riga/Latvia, What do people think about Latvia?. Bookmark the permalink.

97 Responses to What do you think of Latvians?