Nope, me neither but unfortunately, that doesn’t stop other people.

First up is an Irish guy living in Texas, who in a slightly hare-brained move, has decided to marry a Russian Latvian woman. They’ll be tying the knot in Riga just before Christmas. He emailed me out of the blue (having read the blog) to ask me if I knew anything about weddings in Latvia and how they differ from weddings in Ireland. Seemingly he thought my post about crazy Latvian women was all very amusing but didn’t seem overly concerned for himself.

Fighting my initial urge to tell him to run away very fast, I said that I’d never been to a Latvian wedding so I didn’t really know too much about them. Irish weddings, I have been to though. For those of you who don’t know, Irish weddings go something like this.

2. Go to the church and have a little cry at the beautiful ceremony.

3. Have more drinks while the bride and groom are off having their photo taken.

4. Go to the reception venue and have a few more drinks. Say a prayer that the food is served before the speeches.

5. Listen to speeches by people you’ve never met before trying to be funny.

6. Have more drinks to toast the happy couple.

7. Finally, eat. Have some more drinks.

8. Partake in (or watch and snigger at) the dancing of all the ‘I’ve still got some moves’ old people who look as if they’re on the verge of breaking a hip or two.

10. Sleep. Wake up the next day and have a few drinks. For medicinal reasons, of course.

And they lived happily ever after…

A couple of things I have heard though – mainly from students in totally off-topic conversations. The first is that the bride and groom’s families both take off all their clothes, tie them together and whichever side has the longest clothes chain, wins. I imagine that this is a lot more fun visually for the men than it is for the women.

The second thing I’ve heard is that you have to carry your new wife over 7 or 15 bridges. I can’t remember which. And both of these things may not be true – the Irish guy might want to start working out a bit though, just in case.

Anyway, I did what I could. I sent him the names and numbers of some singers that could provide the entertainment, in both Russian and English, for the reception. Now I just have to wait for my invitation…

Our second hopeless romantic, comes in the form of Steve, who has clearly mistaken me for Cilla Black. 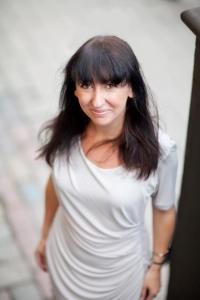 An easy mistake to make. I’m sure most of you have done it at one time or another.

But let’s get back to Steve. He emailed me to say that he knows a Latvian who loves my blog (I knew there had to be one) and he wants to congratulate her on getting her Masters in a way that she would like. Unfortunately, our absent-minded Romeo has lost her contact details, which is where I come in.

So, without further ado:

“Steve is very proud the intellectual beauty Laura got her MSc”.

Laura, if you’re reading this and haven’t died of embarrassment, drop me a line and I can try and hook you two star-crossed kids up.

Right, I hope you’re feeling all warm and fuzzy after that. I need a stiff drink. Or maybe a ‘lorra lorra’ stiff drinks…