A drinking challenge? Count me in!

I first became aware of Mr Ireland when he started commenting on my blog. His comments had the unfortunate effect of making me feel like everything I was doing in my life was wrong.

“You should seriously think about reorganising your year… Why live in Latvia in the winter, trudging through snow and ice in the dark, if not to enjoy the contrast of summer?”

“As an Irish person, surely you can understand the Russians’ situation?”

“Don’t settle for the old “but articles aren’t important” crap, “the” is the most commonly used word in the English language.”

And so on. Having no idea what he looked like, only knowing that he was cranky and Irish, my mind conjured up this mental image of him.

At that time, he was living in Kazakhstan but we started emailing back and forth when he decided to come back to live in Riga, to be with his Latvian girlfriend. (Yes folks, he has a girlfriend – just in case you were getting your hopes up for a romantic connection. Put your hat back in the box.)

He arrived back in Riga just in time for the start of the school year and the change in weather. Coming up with an idea to keep himself occupied during the long winter months, he set himself the challenge of visiting all 58 districts in Riga and having a drink in each one – oh, and writing a blog about it. I’m such a trend-setter.

Naturally, I just had to get in on the action.

During the week, I received an email informing me that the destinations for this weekend would be Bolderāja and Daugavgrīva. I was also informed that we would be meeting at 13.27 and that I should wear suitable walking shoes and a warm coat. Yes, Sergeant Major! I spent the rest of the week telling my students my exciting plans for the weekend, and was, in return, told that Bolderāja was a bit of a dodgy area. All of the Jānises were concerned for my safety. But hey, what’s life without a little danger?

My Saturday morning got off to a bit of a glum start as I woke up to find that my bedroom blind had fallen down at some point in the night. But not wanting to run the risk of super-gluing myself to the window, it would just have to stay that way. At least it was a beautiful sunny day and so, with a belly full of bacon and eggs, I headed to the bus-stop on Raiņa Bulvāris.

I was secretly delighted when my new ‘bluddy’ (blogging buddy) called to say that he was running late and didn’t really know where the bus-stop was. Maybe he wasn’t so perfect after all? With some extra minutes to kill, I managed to take a couple of nice shots of the canal.

He showed up in time for us to catch the 13.37 bus to Bolderāja and I’m pleased to report that we hit it off instantly, falling into an easy banter straight away, chatting and laughing all the way to our destination.

Bolderāja isn’t really much to write home about. The main attractions were this church and a plethora of gaming salons. But at least there were some bars so all was not lost. 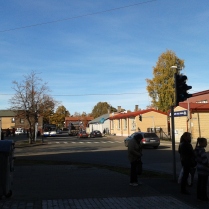 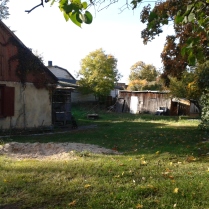 We decided to make Diva bar our first stop, ordering our beers in Dublin-tainted Latvian (me) and Belfast-tinged Russian (him). The bar girl must have thought we’d just been let out of some sort of mental hospital as I doubt any other patrons had ever taken so many photos in the place. But she was actually really friendly and even offered to take a photo of the two of us together.

I made him hold the girly glass

After pretending that it was still warm and enjoying our beers outside in the sunshine, we had another wander around the town before realising that there really wasn’t much more to it, so we found another bar, Krogs Rax.

As (the far more attractive in person than in my imagination) Mr Ireland went to the loo, I went to the bar. Finally appearing through a door in the back, the bar girl sauntered over. Spoilt by the service in the first bar, I was rather taken aback when my request for 2 draught beers was met with “NO”. Thinking that maybe we’d walked into a pub with no beer, she gestured towards a selection of bottles. Beers acquired, we went outside and supped away, our only company being an old Russian woman with gold teeth at another table. 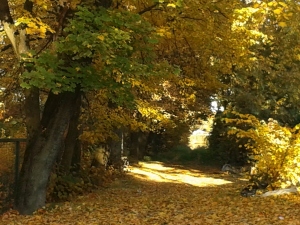 After that, we made our way over the bridge that separates the two suburbs, taking a couple of photos of the rather stunning ‘Love Island’, and some less-than-stunning locals on the way. 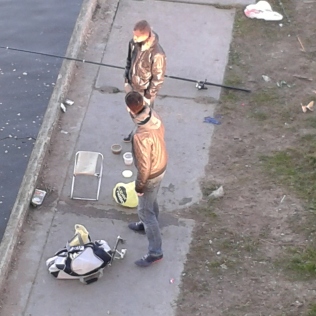 The first bar we hit, the massively inappropriately titled ‘Paradize Bar’, was unfortunately hosting a private party so we had to move on. 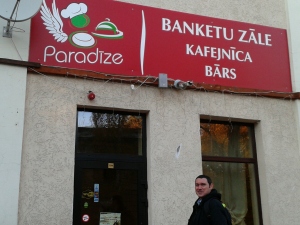 5 minutes down the road, we found another bar and went in. Beers in hand, we sat down and got down to the serious business of talking shite as only two Irish people can do. Our only slightly dodgy moment came when an old man told me to shut up as my loud chatter was ruining his viewing of a dreadful Russian sketch show. We carried on anyway – even staying for a second beer.

You can see my new pal in the background

With our mission accomplished, we headed for the nearest bus-stop. Thankfully, a bus came along within a few minutes and we chatted, laughed and sang our way back into Old Town. Yes, we may have been a little tipsy at this stage, but I think mainly just grateful that we were still in one piece after the Jānises’ dire warnings.

Naturally, we just had to have another beer to celebrate…

55 Responses to A drinking challenge? Count me in!