Here’s to the freakin’ weekend. I’ll drink to that.

On Friday night, I was invited to my friend Lena’s birthday party. But this was no ordinary birthday party – it was a macaroon-baking party. With wine. The dress code was supposed to be festive, but as it started at 6pm, I had no option but to go straight after work. I would have felt like a bit of a twat walking around all day in a cocktail dress and heels, so jeans and a semi-dressy top would have to do. Topped off with a backpack full of books and CDs – sexy. At least, thanks to a hair-dying misadventure the night before, I had inadvertently dyed the top of my head bright red so I guess that was kind of ‘festive’…

I didn’t understand a word but that was fine. I had wine.

The party was taking place in the rather fabulous Miele Gallery on Zaubes Iela, and we would have our very own master chef to show us how to make the macaroons.

Oh, and wine. Lots and lots of wine. I even got to wear an apron for the very first time in my life. I actually looked like I might be semi-capable in the kitchen. 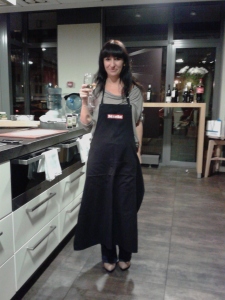 Naturally, I wasn’t fooling anyone though. Whenever someone asked me what something was called in English, I had absolutely no idea. I did a little bit of piping (at least I think that’s what it’s called) and then stuck to what I was good at. 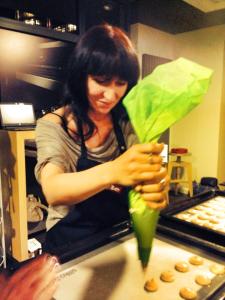 It was a fantastic night. The macaroons were delicious and I ate and drank rings around myself. As is usually the case, nice people have nice friends and I met some great locals – including a very nice Russian man who kept on topping up my glass without me even having to ask. Well, it seemed fantastic at the time but the next morning when I woke up, not so much. I eased my poor head off the pillow and cursed myself for having agreed to do another drinking challenge with my bluddy.

On the agenda were Bišumuižu, Ziepniekkalns and Katlakalns. Feeling a bit weak and pathetic, I managed to drag my sorry ass to the bus station on Abrenes Iela for 11.55AM. Then I placed myself in my bluddy’s capable hands and allowed myself to be led around for the rest of the day – like a hungover kitten. He had warned me that these places weren’t the most salubrious but according to Google Earth, there was a bar right next to the bus-stop. With the promise of a hair-of-the-dog drink imminent, I cheered up. Until we got off the bus.

The most depressing bar on earth.

The bar looked like it had been shut down around 10 years before and was now home to dirt, graffiti and broken windows. I still optimistically tried the door, of course, but no joy. I felt a little like I had the time I had been punched in the face by a drunk Russian dude.

We proceeded to wander around the area and things got even more depressing. My bluddy told me that if he had had a lat for every time I said ‘the most depressing’ that day, he would have been a rich man. But seriously, was I wrong???

The most depressing building in the world 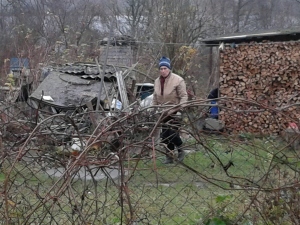 The second most depressed woman in the world 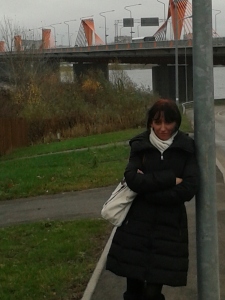 The most depressed woman in the world

The most depressing workplace in the world 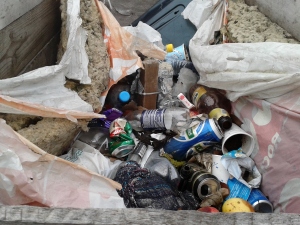 Clearly people around here were getting their alcohol somewhere but we were damned if we knew where.

Then it started to rain. The icing on the shit cake.

After trudging around for what felt like hours, we finally happened upon a bar. It didn’t look like the greatest place in the world, but as long as they had beer, everything was going to be alright. 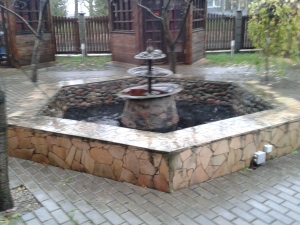 The most depressing fountain in the world.

I marched up to the unfriendly-looking man behind the bar and asked for two beers.

Bargain, I thought, as I placed two lats on the counter.

What? In a shithole like this, you have the gall to charge Old Town prices? If we hadn’t been so desperate, we would have walked but we had come this far. 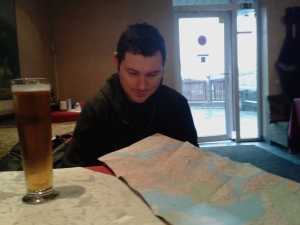 This guy takes me to all the best places.

As happy as I was going to get.

After a trip to the most depressing toilet in the world – you had to go outside in the rain to get to it – it was time to hit the road. In our first lucky break of the day, a tram came immediately and we were soon on the way back to civilisation. 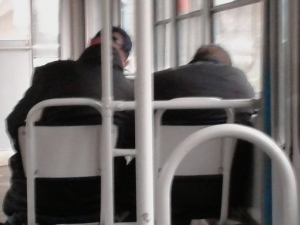 These guys had the right idea. Sleep through the most depressing place on earth.

After  several pints in our favourite Irish bar, we were soon feeling human again. And we might even be able to laugh about our adventures – in a few decades.

62 Responses to Here’s to the freakin’ weekend. I’ll drink to that.