Of Daugavpils, my (admittedly out of date) Lonely Planet had this to say:

In short, I was glad I hadn’t read it until after I’d got on the bus and there was no turning back. However, when I stepped off the bone-rattling tram on Friday, I was quite pleasantly surprised. The main street, Rigas iela, is actually very nicely maintained with some lovely buildings, and a newly-renovated pedestrian area. There are also some not so nice buildings around most corners, but it’s not like I’m a stranger to that. 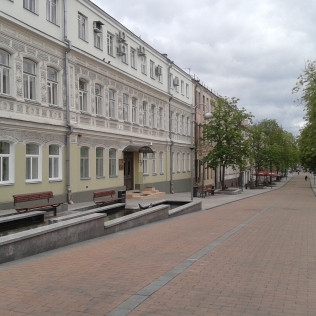 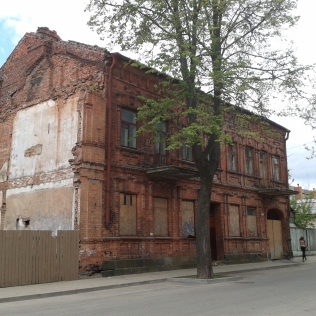 I wandered along Rigas for a while, pretty much the only person who did. Noticing a sign for the market, I decided to take a chance that it might be a) open, and b) a little livelier. To my relief, it was both. Unlike Riga market, all of the clothing and accessories stalls are indoors so I spent a while soaking up the atmosphere (and the heat). The women working there were friendly and bantered with each other as well as the customers, which was nice to see, even if some of the, erm, ‘fashion’, wasn’t. 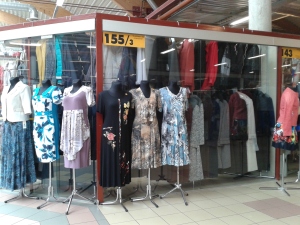 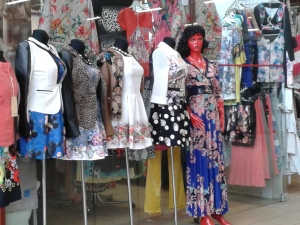 Clothes that leave you red-faced

A stroll out one of the side doors led to the flower, fruit and vegetable part of the market, which was also bustling, at least in comparison with the rest of the city. 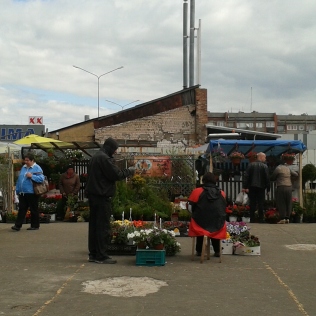 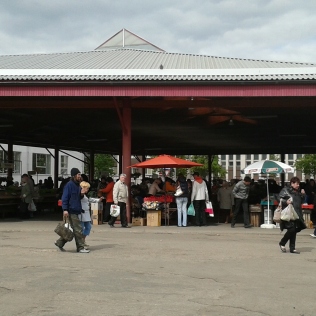 I continued along my merry way, snapping anything that was snap-worthy. 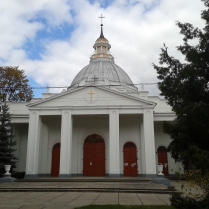 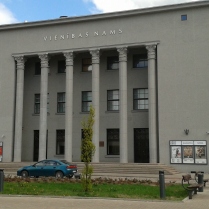 Deciding that it was high time to check out what cakes were on offer, I chose one of the few cafés I’d spotted along the way where it looked like I had a fair chance of making it out alive – the rather delightful Šokoladņa. For once, not really in the mood for chocolate, I chose a fruity number which also covered my 5 portions of fruit and veg for the day. (That’s how that works, right?) 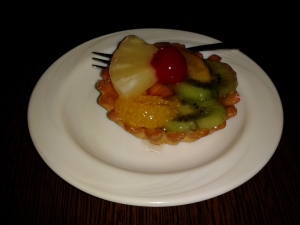 After  wolfing my cake and a nice warming cup of tea (which the girl brought over as I was taking a picture of the cake…), I continued to Dubrovin park. If it hadn’t been so cold, I’m sure I could have enjoyed it for longer, but as it was, I had a quick walk round, took a few photos and headed to the adjacent Regional Studies and Art Museum. 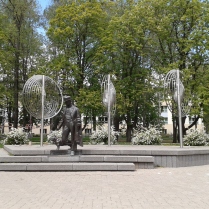 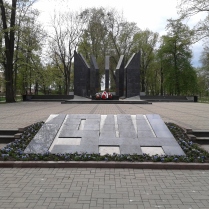 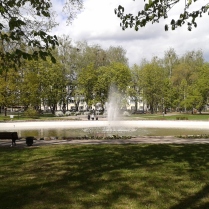 The girl behind the counter was positively overjoyed to see me, and even more so when I told her I wanted a ticket to every part of the museum (I think it worked out at just over €2). She excitedly explained that there was even an upstairs which they’d be happy to show me, offered me advice on what I’d be seeing, and was simply charming. As I listened to her, her colleague ran on ahead, switching on the lights – they must be big into energy-saving in Daugavpils. 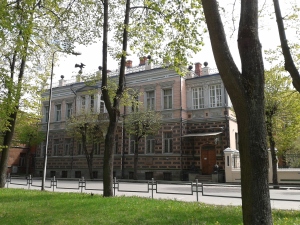 I pottered about for close to an hour, looking at artifacts and learning a bit more about the history of Daugavpils – all in all, a very enjoyable experience, apart from the weird bug and fish display in the nature exhibition. Shudder. As I was leaving the girl asked me where I was from. I told her Ireland, and asked her if she’d had many other Irish visitors. “No, you’re the first. But then, I’ve only been working here for two weeks…” Hoping that she kept her enthusiasm level that high well into the future, I left.

Crap. It was still only 2.30pm. Hmm. What to do? I’d already explored the city, the market, visited a museum, had cake… Deciding there was only one thing for it, I decided to stop off for a pre-lunch aperitif in a bar/restaurant down the street, Lidadis. 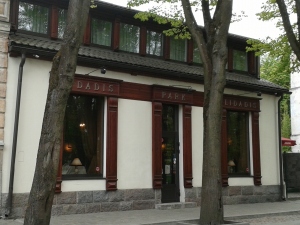 As I was the only customer, the barman was also delighted to see me. Ordering a white wine, I sat at a table next to a window and people-watched all four people in town. Thinking that €4 was a bit steep for a glass of wine (in Daugavpils), I decided to try somewhere else for lunch. I walked around the corner to Sāta Café.

The owner was sound asleep behind the counter. Thinking that the door closing behind me might rouse him, I stood for a moment or two waiting. It didn’t. I started to tip-toe back out again when I heard spluttering and furniture creaking behind me. He looked at me as if I was some sort of apparition but when he realised I was flesh and blood, he offered me a choice of four sad-looking little pastries. I politely declined, wished him all the best, and left.

I walked all the way back up Rigas iela towards another bar I’d seen, Randiņš, which means ‘date’ in Latvian. 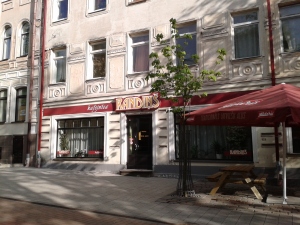 There were, however, no dates happening. There was nothing happening, as this place was also empty. The Russian lady behind the counter looked so excited at the prospect of having a customer though that I felt I should order something. So, I ordered another glass of wine, took it outside, and people-watched the same four people.

In the end, in another depressing move, I went to Čili Pica (the equivalent of Pizza Hut), which of course, was swarming. Batting away excitable 4-year-olds, I finished up and went back to the hotel for a nap. Unable to face going out again that night to a potentially deserted city, I stayed in and had a bag of crisps and some more wine for dinner. Jealous?

Stay tuned for Part Three – cos everyone loves a trilogy (and I’m too depressed to continue writing). Crunch, crunch…

113 Responses to A few days in Daugavpils (Part two)