How to spot a foreigner in Riga

Not so. Foreigners living in Riga actually stick out like a sore thumb. So, if you decide to visit, or (god forbid) move to Riga and find yourself repeatedly banging your head off a brick wall with the locals, you might want to take a look at:

1. They’ll be dressed a little more ‘sedately’ than the locals. Unless they’re Russian – then all bets are off. (See? I didn’t even mention leopard print… oops.) 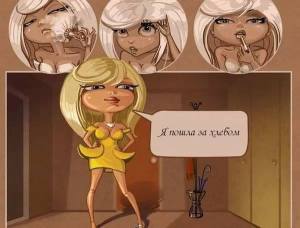 “Going out to buy bread”

2. They won’t be wearing shorts, t-shirts and sandals, just because the calendar says ‘May’.

3. They’ll be wasting away, holding a door at a shopping centre or station as streams of Latvians walk through.

4. They’ll be out cold at the door of a shopping centre or station, having expected the person in front of them to hold it.

5. They probably won’t look like they want to kill everyone in the room/city. 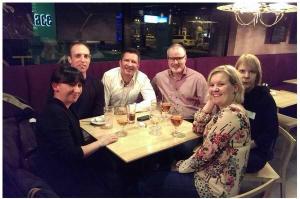 6. They’ll be wondering what they did to make passers-by/cashiers/waitresses hate them so much.

7. If it’s a woman, she won’t be looking at herself in every window she passes. She’ll be too busy trying not to break an ankle on the 5 billion potholes in the pavements. 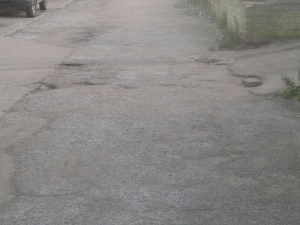 8. If it’s a married couple, they’ll look happy. (If it’s a Latvian couple wearing rings and looking happy, they’re married alright – just not to each other.)

9. If it’s any couple, the woman will be looking mildly petrified, while the man is looking rather pleased with himself. (The Latvian Girl Death Stare is only applied to women; men get the Latvian Come-to-Bed Eyes – let me assure you, this doesn’t last.)

10. If they’re Irish, they’ll be sticking their hand out to stop a bus.

11. If they’re Irish, they’ll probably also try to say ‘thank you’ to the driver as they get off the bus.

12. If they’re driving, they’ll be clinging to the steering wheel for dear life, wondering if everyone else in the city got their driver’s licences from a cereal box.

13. If they’re cycling, they’ll be clinging to the handlebars for dear life, wondering if they should be following the rules of the road or the pavement, both or neither – watching the locals provides no clues.

14. They’ll be speaking Latvian while the shop assistant speaks English.

15. They’ll be staring in confusion at the little plastic tray the shop assistant is pointing at when they’re trying to give her money.

16. They’ll be looking shell-shocked throughout most of the winter.

17. They’ll be looking shell-shocked each time they come out of a public toilet. (I got chatting to a couple of Swedish women at the weekend. They were only here for a few days and it was their last night so I asked them what they thought of Riga. One of them replied, “Hmm, the toilets are disgusting.”) 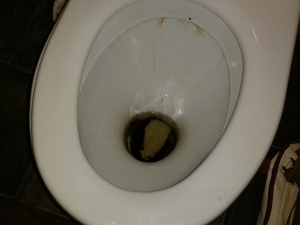 18. If they’re newbies, they’ll be giggling every time a Latvian says “Šitas”.

19. They’ll be overheard saying something like “I thought Eastern Europe was cheap! I could get this for less in Dublin/London/Madrid/Berlin…”

20. They’ll be bleeding after saying Latvia is in Eastern Europe.

So what do you think? Is there anything I’ve forgotten?

Or, if you don’t live in Riga, how do you spot a foreigner in your city?

209 Responses to How to spot a foreigner in Riga